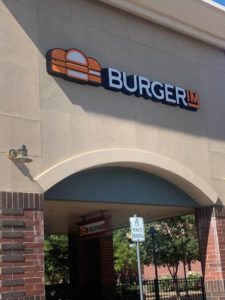 Over the past few years, Burgerim is one of the top franchise performers in growth, units opened, and franchise sold. While that has been great for the franchisor, how have the franchisees performed?  First, let’s look at some numbers from their Franchise Disclosure Document dated April 3, 2019[i], for the fiscal year ended December 31,2018.

As you can see, in just a couple years, they have grown from nothing to over one hundred.  What is even more amazing is how many franchises they have sold.  According to their FDD, they have 452 franchise agreements signed but outlets not opened.  They project 351 units to open in the next fiscal year, and state “242 outlets are in construction phase and will be open for business around the middle / end of 2019.”  To say this level of growth is amazing, and the number of franchises sold is extraordinary, would be an understatement.  This is all great news for the franchisor.  In fact, in 2018, the franchisor recognized revenue from initial franchise fees of $20,401,948.  That’s a pretty impressive number!  However, what is the outcome for the franchise owners that have invested, per the FDD, $194,700-$683,000 including $40,000-$70,000 for the initial franchise fee?

If you internet search “Burgerim closed” you will see how many stories show up.  A recent Google search showed nine closings on the first page.  It will also show that the franchisor is slow to update its website of current and future locations.  For example, in Auburn, California, the Burgerim location had an Eviction Restoration Notice posted with an eviction date of February 26, 2019, yet on April 30, 2019, it was still listed as an open store on the website.  Is this just being sloppy, or an act of deception to prospective franchisees?

Or maybe the story of the Burgerim evicted before it ever opened in Sarasota, Florida[ii]. As of August 26, 2019, over two months after the story was published, the location is still listed as “coming soon”.  Again, just sloppy or deception?

If so many are failing, how can they keep selling so many?  The answer is really quite simple, the franchise industry and government provide cover and, in my opinion, enable the selling and financing of failing concepts to prospective franchisees.  Try searching “Burgerim Scam”, one of the first things I found was a Reddit posting titled “Burgerim scam? Here are a few facts about Burgerim”.[iii]  In this post, the author claims some “impressive facts” about Burgerim, specifically listing four; 1) Burgerim is IFA approved, 2) Burgerim is SBA approved, 3) Burgerim is Vet-Fran approved, and 4) Burgerim is a Franchise Registered Member.  I didn’t know the IFA, SBA, and Vet-Fran had “approved” designations.  I believe IFA and Vet-Fran have memberships.  The SBA makes loans to qualified brands. But here’s the problem, what have any of these organizations done to vet a brand in the industry, so an unsuspecting prospective franchisee isn’t deceived?  It’s a rhetorical question of course, the industry, and our government through the SBA, have become enablers.  They brag about how many franchises are sold, how many opened, and how many jobs were created.  They never discuss if that business is sustainable, whether it stays open, or if the original franchisee lost their investment and the unit was taken over for pennies on the dollar by a new franchisee.  The franchise industry opens an incredible amount of franchises to achieve a modest net gain, as referenced by Franchise Grade in their story “Franchise Net Growth Tells the Story”[iv]

Finally, there can be many explanations for why a franchisee might sign a franchise agreement but not open.  One primary reason might be that the system has been oversold and is not viable.  And that is what I am hearing from past and current Burgerim franchisees I have talked to.  I have kept their identities private to protect them against retaliation by the franchisor.  The main issues seem to be that the franchisor is only concentrating on selling more franchises, not providing support for existing franchisees.  They do not feel there are good contracts for the required food and supplies, therefore cost of goods sold are too high and now that the franchisor is starting to collect contributions for the Brand Development Fund, they do not see how those contributions are being spent.

Franchisee #1, an existing franchisee, stated “many franchisees are struggling mightily”.  He continued, “The issues we are seeing are the terrible contracts and pricing we’ve been forced into.  The brand is completely unsustainable at the current margins we are getting.”

Franchisee #2, a franchisee that didn’t survive to his first-year anniversary.  He stated, “the only thing the franchisor is worried about is selling new locations, constantly changing the menu without consulting with franchisees, very bad work ethics.”  He added, “they said food cost was anywhere between 32-35%, but that wasn’t true at all, food cost always came in much much higher pushing 45% at times, please get the word out as franchisees are getting lied to.”

Franchisee #3, a franchisee that also recently exited the business.  He stated, “We attempted to minimize costs as much as possible, and procuring food alone made it nearly impossible to generate a profit.  When you added on everything else, it was mathematically impossible.”

This is just a sampling from the franchisees I’ve talked to, but the story remains constant, franchisees are losing money, they have invested hundreds of thousands of dollars, and often have SBA loans, putting all their assets at risk.  It’s time the warnings get out to prospective franchisees.  It’s time for franchisees to band together, speaking with a unified voice, and demand changes in the company to provide a sustainable business model.  And it’s time for Congress to investigate franchise loans being obtained using unmet projections given to franchisees.

[iii] Reddit, “Burgerim scam? Here are a few facts about Burgerim” at https://www.reddit.com/user/burgerimscam/comments/b3nv0h/burgerim_scam_here_are_a_few_facts_about_burgerim/